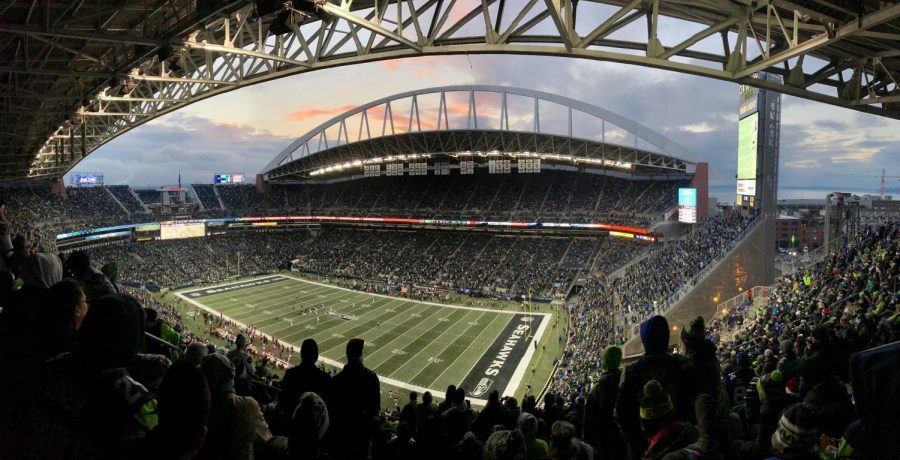 The MLS Cup Playoffs were held at CenturyLink Field in Seattle this November.

The Major League Soccer Cup Playoffs are over and our own Seattle Sounders have claimed their second championship prize against Toronto Football Club.

MLS has teams from all over both the United States and Canada. The teams participating in the playoffs consisted of the top seven teams from the east and west conferences in the regular season. Each conference has a tournament for their seven teams, and the winner of each conference goes on to the championship round.

The Sounders victory this year may have seemed narrow if you only saw the 3-1 final score, however Seattle fans were confident their team would prevail. The first half of the game was tense, looking like it would turn out similarly to their first bout with Toronto, no goals were scored until Kevin Leerdam made a shot 10 minutes into the second quarter. The Sounders kept majority control of the ball all the way until a quick break to the center by Victor Rodriguez lead to the second goal for the Seattle home team. With just over five minutes left in the game, Toronto looked as though they might get a shot off only for the ball to be cleared to the opposite side of the field and quickly picked up for a goal by Raul Ruidiaz, cementing Seattle’s victory. Toronto forward Jozy Altidore scored a single point for his team shortly after, but the deafening cheers of Seattle fans showed confidence there was not enough time to make a comeback.

The MLS is relatively young as a major American sports league, only having its first season in 1996. The Sounders in their current run won the championship within a week of their 12th anniversary of joining the MLS, but were initially a team in the ‘70s and ‘80s for the North American Soccer League. Since the Sounders began competing in the MLS, they have qualified for the playoffs all 11 years. This record has made the Sounders one of the most valuable teams in the league despite being one of the newer ones, Forbes having valued it at $405 million in the week leading up to the championship match. It is also worth noting that almost half of the MLS teams are not actively profitable, but the Sounders’ operating income is estimated to be around $1 million.

Since the MLS only plays teams in the United States and Canada, international players are allowed to play for an American team, and any MLS player can represent their country in the FIFA World Cup. There’s a place for international players to make a career as well as for domestic players to go international to represent the U.S. or Canada. Many of the star players on the Sounders are actually not from the United States, including Stefan Frei, our Swiss goalkeeper. Raul Ruidiaz is Peruvian and Victor Rodriguez is Spanish. All of them represent their home countries for the World Cup, as well as retired Sounders star Clint Dempsey being an important player to the United States men’s national soccer team from 2004 to 2017.

The Sounders as a team and as a community are only growing and their record of winning 18% of MLS cups they’ve participated in exemplifies this. Their platform brings people from all over the world together to play soccer professionally and give representation to those countries for immigrants living in the United States that are fans of the team as well as the sport itself.