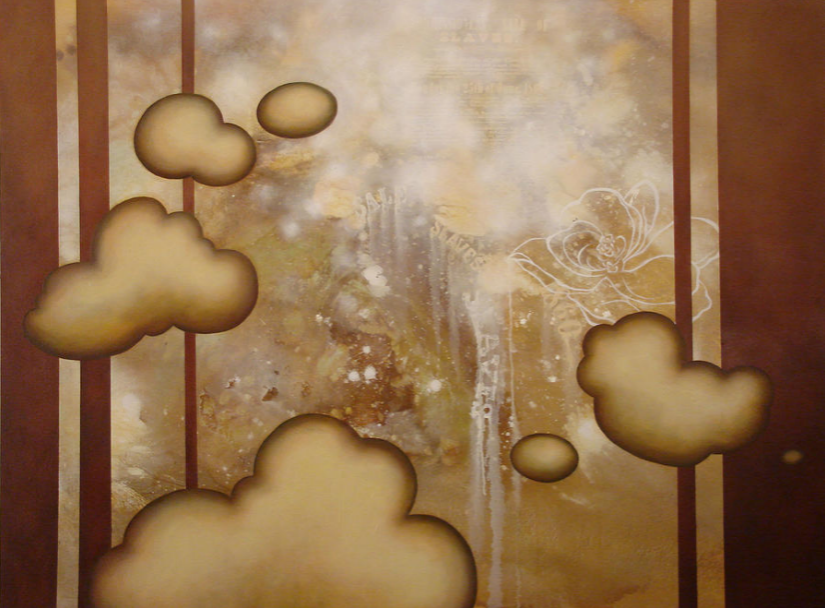 Gloomy winter days are almost a constant in the Pacific Northwest during this time of the year. A heartened enthusiasm instantly breaks down that depression away once stepping into a spacious studio located in Meadowdale building of Edmonds Community College, in which a cluster of art students have gathered, focusing on their unpainted sculptures and having a lively discussion that everybody is trying to get a word in to. An outstanding member of the art Department, Monica James, is sitting among them and kindly giving responses to the questions that are continually being thrown out.

Being an African American who grew up during the time of the endpoints of Jim Crow laws and the emerging civil rights movements, James and her family had long been engaged in teaching black people how their rights should be exercised while countering the massive happenings of police and governmental brutality.

“This goes all the way back to my childhood, my father was a black panther, and he was giving me MLK speech,” said James. “It started when I was really young, and taught me how important it was to know your history and to try to help people in the community that nobody else was going to help us.”

This inspiration early in her life inspired James to trace her family history. She sorted through old microfilm and newspapers from back in the day, and traced her family back to Ghana. This experience ultimately found its way into her artistic expression, and culminated into her glorious art collection- “The Forgotten Territory”, an artistic representation of the history of the massive slave trade that was present in Savannah, Georgia.

“The documented ads behinds’ meant to be hidden,” said James, describing her painting, Read Between the Lines. “When you see it from a distance, you are like ‘Oh, these clouds are kind of pretty.’ Also, then you look deeper, ‘wait a minute, what is that?’ So it was meant to draw you in.”

Read Between the Lines is a metaphor for how slavery was painted as a positive aspect of the early United States culture. Behind the beautiful oil painted clouds and blooming flowers lies the ugly historical ads James found, ones that advertised the sale of slave. This is just one of many ways people can express themselves and their ideas through art, yet it continues to be a hotly debated career.

Students who major in art often hear objections from their parents, who are often concerned about how their children will make a living in an artistic career. Many believe that artistic careers are without decent and stable salary, which is spurred on by the media.

“Do you wanna know what my mom told me?” asked James with a look of bitterness hidden behind a grin. “‘Over my dead body!’” followed by a burst of loud, hearty laughter.

James’s family members were not engaged with artistic industries, choosing instead to pursue careers in robotics and medicine. It was pretty foreseeable that there was strong resistance against her dreams. However, she was determined to pursue her passion. ‘Follow your heart’ might seem too corny considering that is used in numerous motivational speeches. However, there is there is no better way to describe James’s path to a career in the arts, and her perseverance has finally paid off.

Despite  the stereotypes, art industries have a more promising future than what most give credit. While parents also are holding some realistic worries concerning their children, there are more job opportunities in artistic fields than most would realize.

“I think the idea of starving artists is a myth.” said by James, claiming that “most companies spend one-third of their budget on marketing.”

For instance, companies such as Coca Cola averagely spend millions of dollars a year on marketing, which made arts inseparable from it. This creates tons of sub-branches of art, such as visual communications, sounds effects, directing and photography. As society develops and evolves, new artistic job opportunities arise.

“There is a whole new world opening up, and we do not know what it is yet,” said James, firmly and optimistically. With a  constantly innovating tech industry, the contention that students who major in art are limiting their career opportunities is nothing but a myth.

Art was created to uplift one’s mind and spirit, but it appears to be extremely hard for people do not think they interact with it to see its importance in our society. There is a misconception that people can only be born with artistic talent, when in reality artistic skills are learned and practiced. This causes people who have rich interests of arts to be plagued with the problem of finding an entry point of arts.

James suggest that people “go to museums and go through fears of being judged, we are all creative, and that is what makes us homo sapiens.” While she did not say it directly, without a doubt, one of the brilliant ways of stepping into art is to take an art appreciation class here in Edmonds Community College in the upcoming spring.

Like Ralph Waldo Emerson once said, “Every artist was first an amateur.” ]. As it is, many of us are buried artists, which the potential to be great buried in our minds. Oftentimes, these gifts would not be detected unless you were to give it a try.